Erik Bellinker comments on the eve of publication of Shameless Exposure:

Followers of my work will know that I don't usually give interviews or comment on the critics' reviews of my exhibitions. The one exception I make is prestigious arts programmes on satellite television where the fees are generous even by my standards. I am doing this as a favour to Caroline's husband, Robert. You could say I owe him one.

I haven't yet read the book, though it's loaded on to my Kindle and ready to go. Caroline has warned me that I feature heavily, particularly in the first part of the so-called novel. I thought I would take this opportunity to say what really happened from my perspective. People tend to forget that we artists have a trained eye; not much escapes the Bellinker gaze.

When I received the commission to paint four nude studies representing the seasons for a charity calendar and auction I knew immediately that I wanted Caroline for my Autumn muse. I called the work 'Miss November', although Caroline is, as she keeps reminding me, Mrs. I use the word muse rather than model, because my subjects, although minutely examined, are mere inspirations. I am not interested in representation per se. I am looking under the skin to the universal social themes revealed in posture and expression.

In the case of Caroline, who I first knew when I was a struggling artist in a garret above a butcher's shop in Willesden Green, and she was a student in need of  money, I was shocked by her appearance when she walked out of the lift and into my Whitechapel studio. She looked careworn. What a contrast to Xena Bardot, who you probably know as my 'Miss August', a painting which immediately caused a public sensation.

I do not mean the contrast between the redhead of autumn and the blonde of summer. Xena, a self-employed designer, leads a bohemian existence, full of parties, music and creative relationships. Xena relaxed into my sofa and was easy to paint, as comfortable without clothes as with. We formed an immediate connection, and she introduced me to other people in her circle. Caroline on the other hand was tense and close to tears. I knew something was wrong, but my job is to paint what I see.

When Caroline saw the results of those first sittings it was like a revelation for her. She berated me, of course, for showing the stress that was under her skin. As an old friend, I felt obligated to rescue her from the prison of business life into which she had voluntarily incarcerated herself. Fortunately, the real Caroline was not far below the surface and by the time the painting was finished an entirely different vision was decorating the canvas.

In life, one thing leads to another. The phenomenal success of the charity auction of the paintings increased my profile in Russia and the Far East. The bidding war for Miss November between a Chinese man and an Italian casino magnate was all over the social media. My charitable efforts mean that my paintings now sell for twice what they used to.

For Caroline, those evenings spent in my studio led her to the door of a quasi-religious experience. I believe she even considered becoming a priestess, though I find that hard to imagine. I'm looking forward to reading where that path took my muse in Shameless Exposure. I will let you know the moment it is available on Amazon. 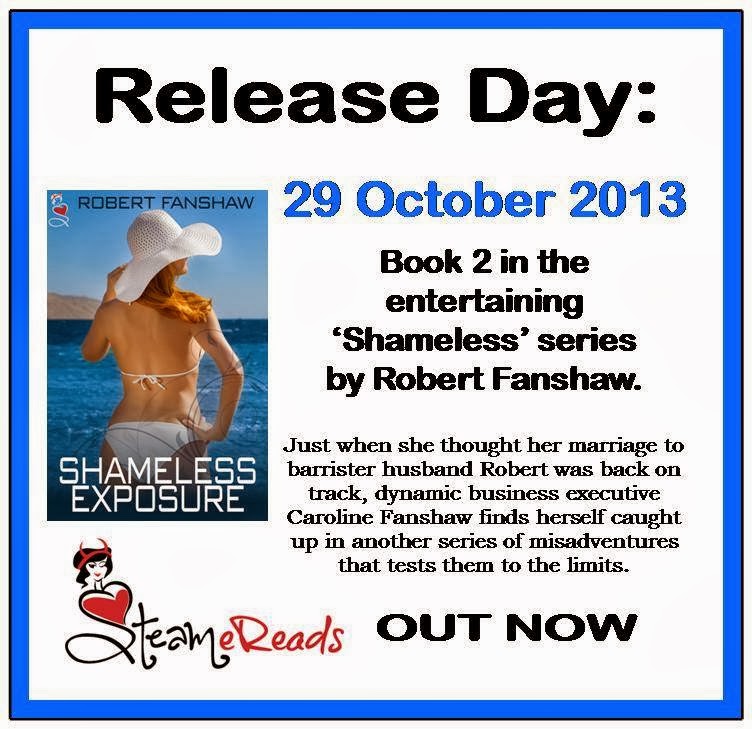