The Sound of Mura

Regina Heart had used the shell of Castle Dunlaggin to build the main centre for her animist religion. The castle was on a remote island, and to get to Regina's castle you had to take your chances with a small ferry, The Sound of Mura, that only ran when the weather was flat calm. The reason for my journey there was a legal matter. I certainly wasn't intending to participate in the programme.


Robert heard the boat before he saw it. He thought it must be some small fishing boat with an outboard motor, but then, as the high pitched whine increased, a flat-bottomed launch surged out of the mist. The captain of the vessel, standing at the back holding the tiller, cut the engine and the Sound of Mura drifted up to the jetty. Three women stood up in the boat and lurched to the side to clamber up on the jetty, assisted by the captain. When they were on the jetty, the captain looked at his watch.
“Eleven o’clock then. That’s when the boat leaves. If you’re not here I go without you.”
“Excuse me,” said Robert. “I thought the boat left at ten o’clock. That’s what it says on the notice.”
“That was last winter. We changed it to fit better with the ferry over from the mainland.” The boatman busied himself securing the vessel to the jetty.
“Is there anywhere to shelter – get a cup of coffee maybe?” asked Robert.
“You might as well come with us,” said one of the long haired girls. Robert was used to looking down slightly when he talked to women, but it was not necessary in this case. All three were taller than him. “We’re going to the hotel for our daily fix.” Robert looked puzzled. He’d not expected to encounter drug addicts in such a remote spot.
“Don’t look so worried. They do really good coffee. And more important, there’s a cigarette machine. I’m Georgina, by the way. And this is Joni. And Greta: she’s from Poland. We do assignments for the same agency.”
Ten minutes brisk walking with the long-striding women and Robert was back at the hotel in Blackwaterside. The man behind the bar was obviously expecting the women.
“The usual?”
“Yes please,” said Georgina, “but put in an extra shot all round. Coffee for this gentleman, too.”
The waiter nodded at Robert. “I thought you were a wee bit early for the boat. It’s not a day for sight-seeing.” Robert nodded back. He knew in theory that Scotland was a mountainous country but in three visits he had only ever had the merest glimpse of hillside through rain or mist.
Robert joined the women in the smoking shelter whilst the coffee was prepared. He asked them how long they had been at Dunlaggin Castle.
“Nearly three weeks,” said Joni. “Twenty eight days is the preferred stay – you have to go though one complete lunar cycle. It’s my second visit. It’s great because I lose loads of weight which is so hard in London.”
“I didn’t know Regina ran a weight loss programme,” said Robert.
“No, she doesn’t. It’s just that the food is simple. There’s no alcohol – except once a month at full moon. We drink loads of herbal tea and the pounds just fall off, which is handy in our line of work.” Of course, thought Robert, models.
“So you’re not interested in Regina’s animist philosophy?”
“I am,” said Joni, directing a plume of smoke away from Robert. “I’m not sure about those two. They seem more interested in practice than theory.” They all three giggled. They moved back into the warmth of the hotel to drink their coffee and spent the next twenty minutes establishing that Robert’s social circle and their own did not overlap at any point.
“Is that a watch?” asked Robert. “Only I’m worried about missing the boat.”
“This?” said Georgina, waving an electronic bracelet on her right wrist. “No, it’s not a watch. You have to wear it if you’re following the programme. You explain it, Greta. I get embarrassed.”
Greta shuffled up close to Robert and pulled back her sleeve.
“This is an Orgatron. It measures the female sexual response. It’s an aid to women following the programme because some women aren’t so sure if they’ve had an orgasm or not, and others have them at the drop of a hat. See the red area on the dial? That lights up if I have an orgasm and it sends a signal to Regina’s computer. And the yellow, that’s the zone we have to stay in until the full moon. It starts to flash if you get close to orgasm, it helps you learn control. Regina will explain it much better. It’s a means to an end. The idea is to connect with the spirit through the power of the female orgasm.” 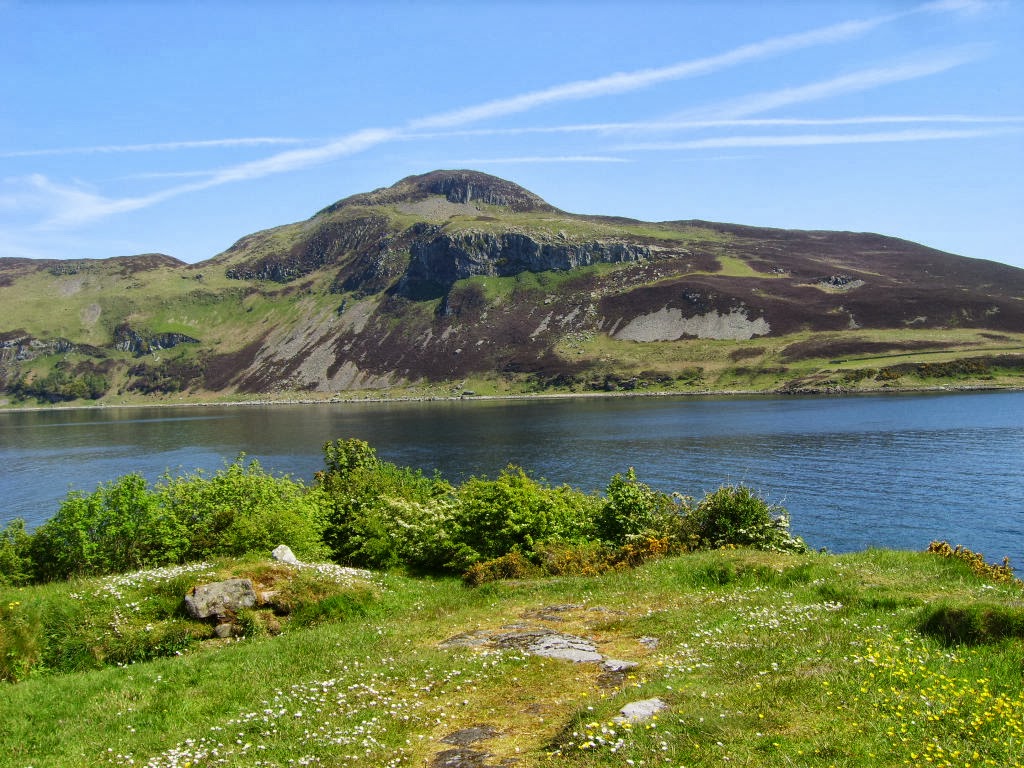