Forbes-Brown has an office in Edinburgh and throws a piece of work my way every now and then. When he said he had a client who wanted to take on a big company for a complex case of wrongful dismissal, I didn't for one moment suspect that the client would be a woman I had previously crossed swords with. It was only when I got to Castle Dunlaggin that I realised the woman now calling herself Regina Heart was the same woman who, under the name Melody Bigger, had tried to blackmail my wife Caroline in the Eurobonds affair.

She appeared to be a reformed character. I should have remembered about leopards and spots, although Regina's animal guide was said by some to be a giant pussy. Bad weather made it impossible for me to leave the Isle of Mura on schedule and I was forced to stay for the 'moon ceremony.'


The tables were filled with smiling, chattering women. Nobody missed dinner this time, and not just because of the bottles of wine on the tables. Everyone was looking forward to the moon ceremony. For the majority, it would be their first attempt to make contact with an animal spirit. It would also be, except for the wayward Jocasta, their first physical release for at least twenty seven days, a release they had been skirting around with increasing difficulty in their daily practice.
The upper reaches of the legal profession were one of the few remaining areas of modern work life, apart from rubbish collection, which was still a predominately male environment. Robert was not used to being outnumbered so comprehensively and sat down next to Angus for moral support once he had collected his bowl of yellow lentil stew with yellow rice from the kitchen.
“Ye decided to stay then?” said Angus, taking off his cap and placing it on the table.
“Regina more or less insisted, but I am curious to see the ceremony.”
“Well I hope ye are feeling energetic. Ye may be in demand later on.”
“Not me, I’m married.” Robert picked at his lentils, his appetite not stimulated by the smell or the texture.
“There’s no one married on Mura. That’s what Miss Heart says, anyway. Ye best be prepared. Eat yer stew.”
“What about you? Are you married?”
“Nay. I’m still looking for the right girl. There’s not many single lasses on Sporran.” From his grizzled looks, Robert guessed Angus had been looking for a long time. Angus drained his cup of wine.
“Is that where you’re from?”
“Aye, lived there all my life.”
“What about the women who come to Castle Dunlaggin? Lots of them seem to be single and looking for something or someone.”
Angus leaned towards Robert and spoke conspiratorially: “Don’t get me wrong, I’m glad of the work ferrying people here and there and doing odd jobs for Miss Heart. But most of these lasses are wrong in the head. I wouldn’t want a girl of mine to get up to what they get up to.”
“But surely there’s nothing wrong with masturbation?”
“In front of strangers?”
“But it’s not just mindless sex, is it? They’re trying to connect with some bigger power, develop themselves spiritually.”
“You’ve no been taken in by this nonsense have you?”
“Not taken in I hope. I’m just trying to keep an open mind. It’s part of my training.” Robert immediately wished he hadn’t reminded Angus that he was a lawyer. Angus gave him a look of contempt and refilled both their cups with wine.
“Well don’t say I didn’t warn ye.”


Shameless Exposure by Robert Fanshaw will be published shortly by SteameReads. 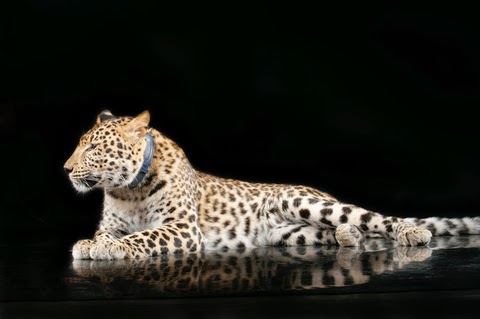