"Sometimes I don’t listen to Robert but I certainly don’t remember him saying he was going to ask Steam eReads to publish the latest details of the ups and downs of our marriage. I have only just stopped blushing from the reaction to Shameless Ambition. I am pleased to say that most readers sided with me, though I’m not sure they will this time. I did let everything get on top of me, including the biggest man I have ever seen, and I made some bad judgements. Robert, of course, never makes bad judgements (snigger).

He doesn’t give me a formal credit, but he let me write the first and last chapters of Exposure. It’s the first time I’ve written anything apart from the financial commentary to the annual report, but I quite enjoyed doing it, recalling details that would otherwise have slipped into oblivion. Robert makes such a fuss about writing and spends ages at the computer, but I found it easy, just talking into a machine. I hope you will like my style. And before you ask, yes, I did go to the wrong address. It was a genuine mistake.

Robert asked me to read the book when it was finished. When I put the e-Reader down, he asked me if it was a fair reflection of what happened. I couldn’t answer right away, I had to drag him off to bed first. But when I had got my breath back I said I thought he had captured the mood of the time. Everyone was talking about Regina Heart’s programme using Orgatron training to increase the power of the female orgasm. Everyone thought that Friends of the Animus Vagismus was a genuine charity dedicated to releasing and harnessing the ancient power of the animal spirits. The acolytes who attended the monthly moon ceremonies at Regina’s main centre at Castle Dunlaggin really believed it enabled them to take control of their sexuality. The book includes some personal case studies.

But I know that, hidden beneath the froth of contemporary events, the book is really about me. About how I allowed an old flame to paint me naked for a charity calendar; about how a taste of the bohemian world of artists and musicians made me bored with business life; about how the new chief executive of Monsaint Medical Instruments turned out to be every bit as much a psychopath as the last one; and about how I let myself be lured by Regina Heart into a dangerous mental place, where I was offered a loyal following of thousands of acolytes. If it wasn’t for Robert, I might be chained to the walls in the dungeons of Castle Dunlaggin like poor Jocasta was.

Robert wanted to publish the book to expose Regina’s tax scam. This has meant revealing details which I would rather have remained private. But now it’s out in the open, I feel a sense of freedom, despite being so busy at work. We’re looking to expand into the Far East. I feel certain that my next new experience is just around the corner." 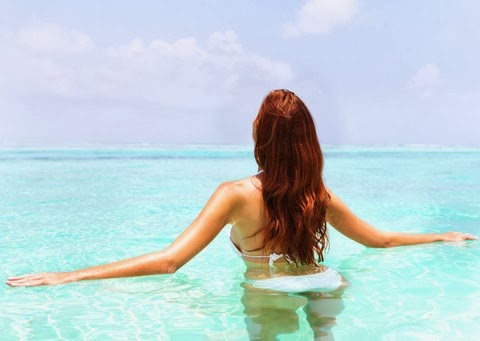 goo.gl/DvujEy
Posted by Unknown at 02:03