There are some couples where you just know why they are together. They share interests, body mass index, educational attainment. But there are other couples where you scratch your head and ask yourself over and over again, 'Why are they together?'

Couples where one party is a pain in the arse. Couples where both parties are pains in arses. Couples with nothing in common. Couples who look wrong together, couples who offend against the laws of attraction. Couples who, if they weren't bound in some way, would be leading the opposing armies of the next world war.

Although not a couple in the living together sense, Sid Schweinsteiger and Melody Bigger went back a long way and were probably the closest thing either of them had to a relationship. Seeing them together you would ask yourself 'Why?' and 'Why?' again. But the answer to that question was the same as for all the couples listed above. Sex.

Not necessarily sex as you or I would define it, but some primal urge that one was able to satisfy in the other. That is enough, especially where the primal urge is so unusual that the available population who could match the need is very small indeed.

Sex had brought Sid and Melody together when they were mere amateurs in criminal endeavour. Melody was learning her trade as a dominatrix and madame. Sid was experimenting with corrupting his friends with loose women before moving on to corrupting entire multi-national corporations with thousands of employees. Sid's motto was on the lines of 'If only everything in life was as reliable as a loose woman...' Melody practised her ropes on Sid. Sid missed an important meeting as a result, but never forgot her youthful enthusiasm. Although Melody was past the first flush of youth now, Sid still saw her as he remembered her, in leather underwear.

So when Sid returned to the hotel after the orienteering exercise, his photos of Caroline and Clive safely backed up, he switched on his rare charm with Melody, hoping to make money from my wife's indiscretion. Melody, however, was one step ahead. She had already seen Caroline naked in the pool at night and had identified her, along with Antonia, as the most likely candidates for an assignment which could, if successful, change the course of European history.

No, I'm not prone to exaggeration. Events in the Eurozone have been extraordinary beyond belief. And my wife Caroline had the misfortune, or the privilege, depending on how you look at it, to see the inner workings of the economic meltdown at very close quarters. I am able to go into more detail in the book, Shameless Ambition, which may have to see the light of day before long.

For those who read the last post and asked 'What did Caroline look like with a fringe?' the answer is below. 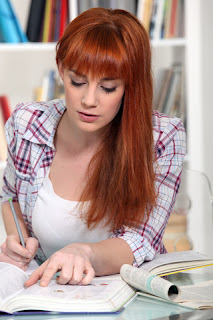