It's always interesting when Caroline reads one of my books for the first time. Official advice to writers is not to take notice of praise or criticism from someone close to you - it's impossible for them to be objective. How true, especially when the central character is that very person...


Caroline:  I want some straight answers, Robert. I notice that you gloss over your first visit to Castle Dunlaggin and in particular your relationship with the models Joni, Greta, and Georgina. Did something happen you’re not telling me about?

Robert:  When I’m writing a book I can’t include everything that happened, much as I might like to. I don’t deny that I found them very attractive, Georgina in particular. She was so symmetrical, perfect she said for bikini shoots. The flowing robes worn by the acolytes sat well on her tall frame. She said she only there to lose weight, but she looked good to me. Joni, on the other hand, took the programme very seriously. She really believed in the spirit guides.

Caroline:  Why on earth did you go there in the first place? Don’t you feel embarrassed that you were taken in by Regina Heart’s bogus cult?

Robert:  I wouldn’t say I was taken in by it. My legal training means I try to keep an open mind. I leave judging people down to the judge. I often take cases which seem far fetched, but the client deserves to be represented. It’s easy to judge these things with hindsight, but at the time the Orgatron training regime was gaining converts all over the world. Don’t pretend you weren’t tempted. If not, why did you audition for high priestess?

Caroline:  I’m the one asking the questions, Robert. And it wasn’t an audition. It was ordeal. He was the quite biggest, roughest man I have ever seen. Where was I? Oh yes; how did you persuade Angus to ferry you back to the island on the night of the solstice moon ceremony? 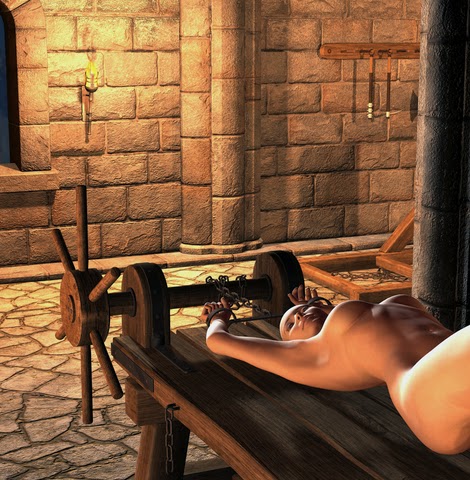 Robert:  Double malt whiskies were the key. Good man, Angus. He knew I’d drown if I tried to go across alone. We nearly did drown when the boat smashed into the slipway.

Caroline: Bogus philosophy aside, do you think anyone benefited from Regina’s orgatron training?

Robert: I’d have to say yes. Wouldn’t you? I mean, sex is fantastic since you did the practice. And Jocasta says she is a changed woman. I thought at the time that Regina was being much too harsh with Jocasta, but the sessions in the dungeon and on the rack seemed to cure her completely.

Caroline: I'm going for a bath and then to bed, and I want you to tell me again exactly what Regina did to Jocasta...