77 days until the World Cup starts and I'm worried about Caroline getting the tickets. That's a normal thing, isn't it, to worry about your partner? Especially when she does something she has previously nagged me relentlessly for. If your partner does something out of character it makes you think they are changing. Oh my God, what if Caroline changes into someone different? What if the new Caroline is someone I don't like? Or worse, what if she turns into someone who doesn't like me?

I was in the pub, after work on Tuesday waiting for the football to come on, with a friend called Danny. We spent the first drink talking about the problems at Manchester United, and the second drink discussing the merits of different football managers, having a huge laugh at the horrible idea of Arsene Wenger as the manager of United. This led to a list of other unsuitable managers for the greatest club on Earth, and we came to the conclusion that it might as well be David Moyes because everyone else is either too inexperienced for a big club, closely associated with an enemy, or already exposed as lacking sufficient vision.

Out of the blue, Danny asked me a personal question. "How is Caroline?"
Of course I was suspicious. "She's fine, thanks."
He persisted. "Does she like Italy?"
A couple of weeks ago I had mentioned, before a European game I think it was, that Caroline was going on one of her work trips, starting in Milan; and that she might be able to get tickets for the World Cup in Brazil because she was meeting up with Bertrand Cottoneau, that guy who used to play for France and is now a top bureaucrat in the European Football Federation. I know Danny was interested in the World Cup tickets, not in Caroline's welfare, but I actually responded to his personal question with a personal answer. 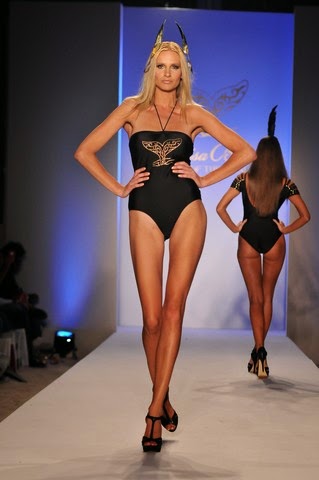 "Good question. I have only heard from her once. I think she might be hiding something from me."
"Yes," said Danny, "but did she say she has met Cottoneau? Can she still get free tickets for the final?"

I took a sip of my drink. "She says she can, but there's no free lunches, are there? I'm worried what she's having to do to get them. Bertrand has some dodgy friends. She met up with him at a lingerie fashion show, and now she says she is going to a casino in Trieste. Caroline in a casino! I mean, the grief I get from her when I bet on the football. She thinks gambling is a stupid waste of money."

He told me not to worry because in business you have to pretend you like people you can't stand. And in any case, if she got tickets for the final, whatever she did was worth it. Can you tell Danny isn't married?