Caroline controls the household finances and makes sure I do nothing to damage our credit rating. She won't let me forget the time I incurred double bank charges to pay for her birthday present. But I always know when she's about to spend a load of money, because it's preceded by an announcement of an economy drive. After two weeks of forgoing my morning coffee on the way to work, Caroline tells me she's bought a new car or some Agent Provocateur underwear.

This time, it was a holiday. She'd read an article about SAD and said she didn't want to be sad so had booked a trip to the sunshine in Gran Canaria.
"It's only a week, it won't cost much. I really think you need a break from work."
It doesn't have to cost much but Caroline decided we should stay in a five star hotel popular with the Germans, so popular that it employs a number of German staff. Ever since her spell in Frankfurt opening up Monsaint's European hub she has been completely in love with everything Teutonic.
"You'll love it Robert, I promise. German women are so attractive. They really know how to look after themselves." 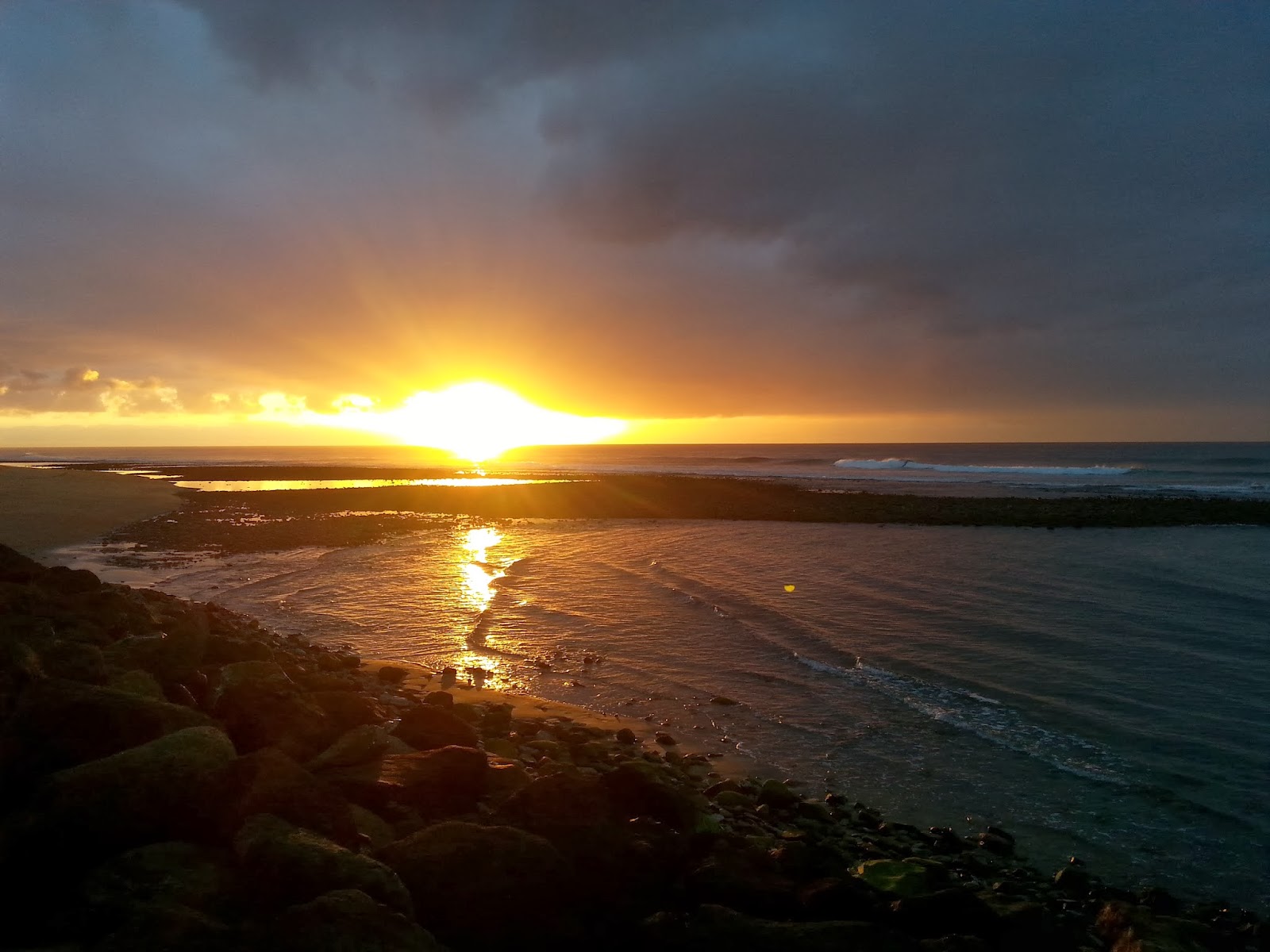 There was one small flaw in Caroline's calculations. In January, in Europe, in 2014, the only people who can afford the time and money for a five star hotel near the tropics are public sector pensioners and long retired doctors, dentists, and pharmacists from Germany. However well you look after yourself the bloom begins to fade when it's five minutes to midnight. The Germans are health conscious and the hotel had a doctor in residence with morning surgeries but there comes a point where daily sausage, beer and the five-cigarette breakfast show through even the best manicured exterior.

Now, in your imagination, factor in a small geographical detail. The said five-star hotel is next to a nudist beach extending two miles to the next resort along the coast. I am a big fan of the concept of nudism, even though the reality can be disappointing. Let me just say I am full of admiration for those ageing wrinklies who are at ease with being as nature intended; the view out over the Atlantic was beautiful. Only on Saturday, when the Spanish locals come down to the beach on their day off did the view on the sand improve.

Even Caroline found her admiration of Germans tested by the scramble for dinner. Pleading (and somewhat misleading) letters from the hotel management reassuring guests that there would still be something to eat at 8.30 pm did nothing to halt the 6.30 pm stampede for a good table, an indecently early hour to dine on Spanish territory. At breakfast I placed an order for an omelette (onion, tomato, ham and coriander) only to have it snatched from under my nose by a German in a hurry.
"Hey, that was mine! He stole my omelette!" The Spanish egg chef shrugged his shoulders and started my omelette again. I was happy to stand there another five minutes. You can't complain about breakfast outside in January.

We had to get out of the resort to see the real Gran Canaria and booked a couple of walks in the mountains. We've been on organised walks in Spain before, including a series of adventures with the rotund Pepe which ended in the drunken recital of Robert Graves' poems an hour and a half after the advertised finish time. But this walk was catering for Germans, complete with walking poles and a strict timetable.
"We stop for half an hour at the bar in Santa Lucia." After twenty minutes, we were reminded it was time to begin leaving. Ah, so this is what Spain would be like if it was run entirely by Germans. We did get an interesting tour round the southern resorts of the island as we dropped people off at their vast hotels. We didn't see anywhere better than where we were staying. 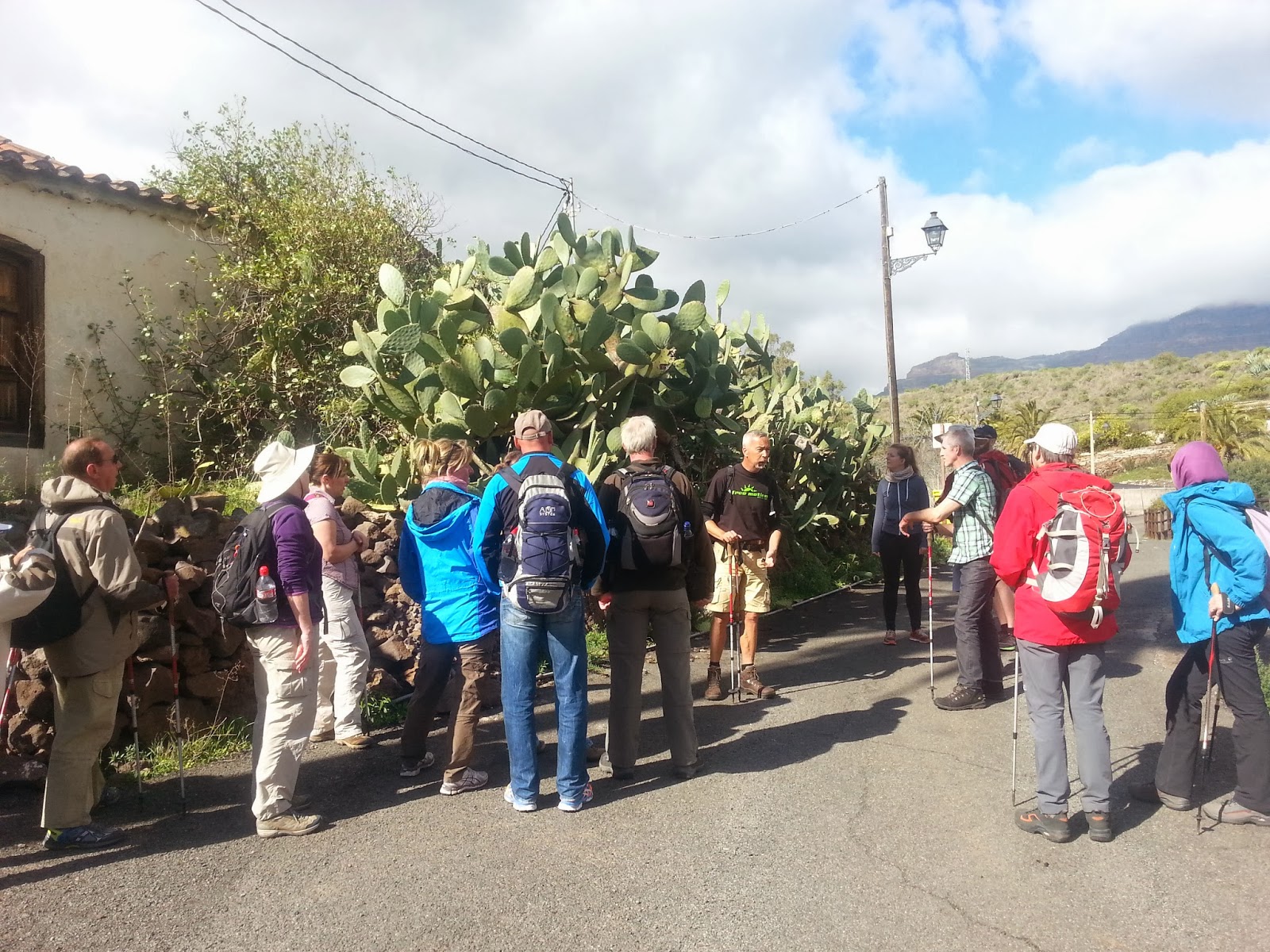 The economy drive was completed on the journey home with the purchase of a duty free diving watch (Caroline: "I want to know the time if the plane crashes into the sea"), diamond earrings, Obsession perfume, spirits (two litres of super-filtered Vodka), a box of Cuban cigars for a colleague who smokes, luxury chocolates, and two pairs of wrap-around sunglasses tested to destruction in a wind tunnel. We're going to start cycling the half mile to the station in the morning. 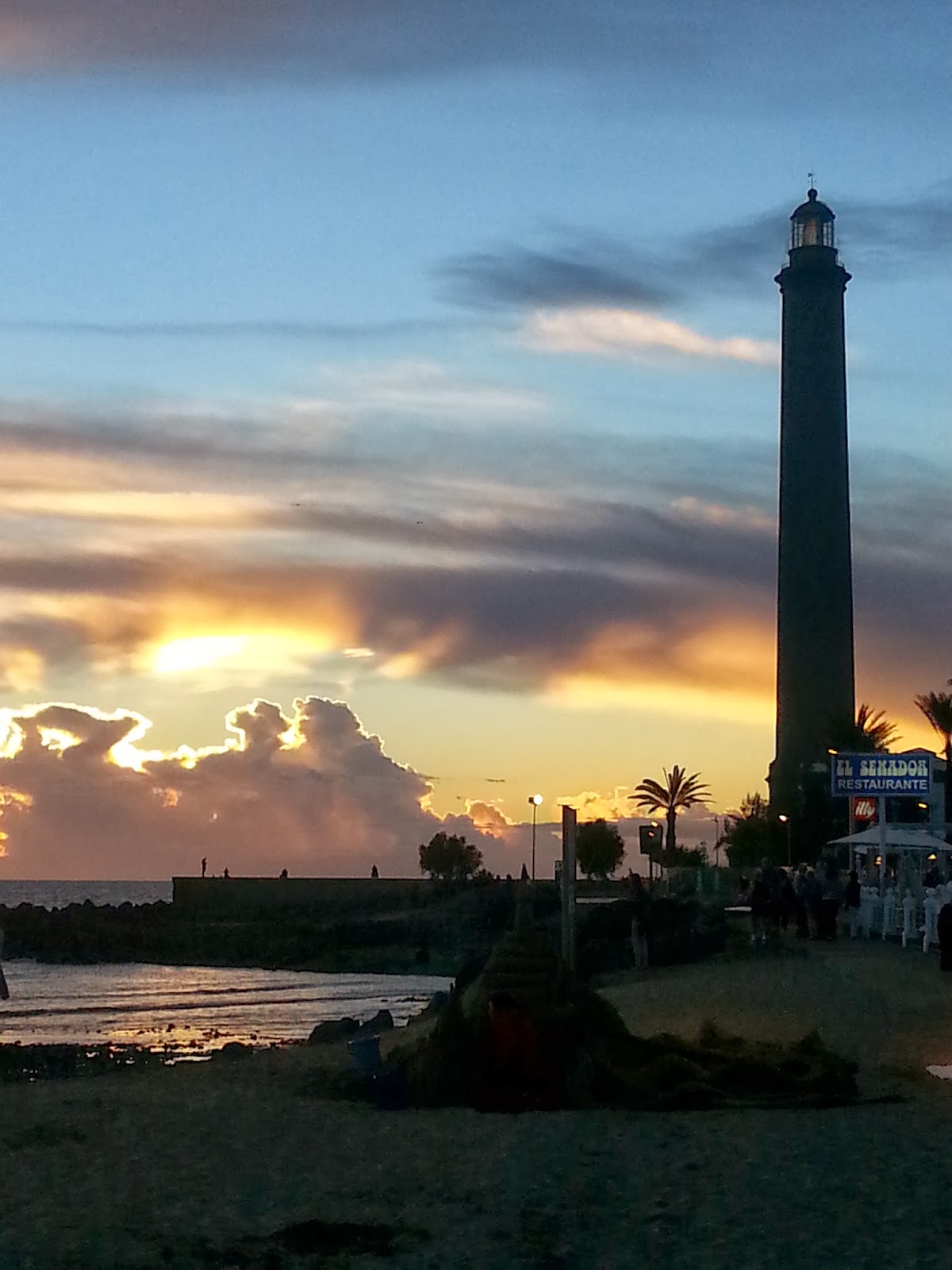