@carolJhedges @RobertFanshaw #NewYearResolution Improve my grammar. My grammar to improve. Grammar I improve must... Damn!

I have made new writing friends and acquaintances this year through Twitter and Facebook so I decided, as a way of saying Happy New Year, to ask them for their Writing Resolution for 2014. I've included as many of the responses as possible below, though some defy categorization or even repeating - writers are an inventive and invective lot. You know who you are, Michele Chapman. How could you think that about your wonderful editor?

Less promotion. More writing. Readers are like stray cats. Just put out food.
Nan Sheppard  is going to not take her phone to bed so that she reads books instead of scrolling through FB. Jacqueline Seewald on the other hand wants to learn more about how to promote her work to readers, and Lottie Lovelace intends to stop writing for a while and start promoting. Maybe in another year we'll know who's right. (You have to read that last sentence as though spoken with heavy irony.) WK Parks thinks the answer is to ignore trends and write what he wants to read.

Writing is clearly addictive, sometimes dangerously so. Rosie Vanyon, Erika Hayes, Laura Levot, Dan McIntyre, and Shaun D'sousa all intend to indulge their habit for longer or more frequently than last year. Leanne Bibby and Cindy Blackburn admit they intend to make it a daily habit, even weekends. Rosie describes it in terms of becoming a 'bad friend'.
Movies, drinks, working bees, doggy play dates..I'm going to practice this: 'I can't. I'm writing.'
If that makes writing sound like a lot of fun, you could always read the Ruth de Haas blog on the subject of 'writer's back'. Bella Osbourne must have already read it and vows to 'sit properly' in 2014.

Some correspondents like Julie Houston worked so hard in 2013 that they mean to take it easier next year. Mohana Rajakumar is taking a well deserved break after releasing eight ebooks in the past two years, and Robert Carter wants to spend more time indulging his passion for photography.

The mantra of 'continuous improvement' permeates even that darkest and most individualistic corner of the creative industries, fiction. Must do better; but how? According to Heather Brown, Carol Hedges, Marie Lavender, Chelle Bruhn, Helen Phifer, and Mags (she of Mag's Musings), the answer is TO BE BETTER ORGANISED. A few self-inflicted lashes of the whip detected along with the Tweets. Celestia Dew is going to establish a routine and *stick with it*. Heather does include regular walks on the beach as part of her routine in her bid to finish eight works-in-progress in 2014. Wendy Kendall has set herself 1000 words a day and dedicated writing time on the calendar. Jill Barry has had a 'brilliant year' but still intends to use her writing time better in 2014. Judy Astley will spring a surprise:

I shall hand in a book before the deadline. That'll frighten the hell out of my editor.

Establishing a strict routine is not the only recommended path to increased productivity. Twitterers were forced by the 140 character limit to be specific about their goals. Author O'Dwyer is going to:
complete and send my RNA NWS submission by spring time.
So now everyone knows and will hold you to it! The Romantic Novelists Association New Writers Scheme is a good thing. Nat Russo is starting a sequel whilst submitting his first novel. Steve Christie is going to visit his story locations instead of just Googling them. Helen Barbour is taking the plunge into self-publishing with her novel. Mick Arnold aims to find a publisher for his. For D.G. Kaye the answer is to become more of a plotter and less of a pantser (that's one for the American audience; a pair of trousers just doesn't work). Rhoda Baxter is going to write a novella and give a talk to Real People. Rhoda also mentions cutting down on chocolate, and she's not the only one.

Other correspondents have not been quite so specific and will be harder to hold to account come the reckoning day. Ioana Visan wants to be less stressed, Wendy Jones wants to lose weight and write better. Benjamin Scott wants to stop worrying about things he can't control. Esme Adams has resolved to believe in her talent and not be afraid of trying new things. Kelly Louise is also inspirational;
I've downsized to follow my dream. So... 5000 words will follow each panic attack.
Matthew Peters echoes a number of resolvers when he says he wants to focus more on the quality of writing and less on quantity. Whatever the experience of the past, the future will be written better according to Helena Fairfax;
I'll write more productively in 2014. I know I said that last year, but this time I really mean it. Honestly.
Francelia Belton will finish what she starts (I hope it's a piece of writing and not a fight!). Autumn Barlow is giving up erotica in favour of comedy, though both genres can be good for a laugh.

Nearly everything to do with writing is badly remunerated and ever it was thus. Sue Moorcroft will focus on short stories and avoid low-paying work. Jenny Brigalow would like any job that pays, but Loretta Laird is convinced she will become a writing millionaire this year. If that doesn't happen, Loretta, I recommend reading 'The Gift' by Lewis Hyde. Because writing is a gift whatever happens to it, isn't it?

Now there is a school of thought which says that New Year resolutions are a waste of time. Ruth de Haas and Edwin Dakin gave them up years ago. Darry Fraser has resolved this year to give up resolutions. Good luck with that one, Darry. Lesley Cookman advises against them on the grounds they ensure a sense of failure. I confess to not having made a resolution for a number of years. I have too many 'exercise diaries' with alarming gaps in February. But by being irresolute I have written 150,000 words of fiction this year and had two novels and a novella published (see below). It's a miracle, and not one I expect to repeat.

My thanks to all who responded. I have found it instructive, and I hope you have too. My apologies to those left out due to lack of time, space, or resolution. Best wishes for a fabulous 2014 to readers and writers everywhere. 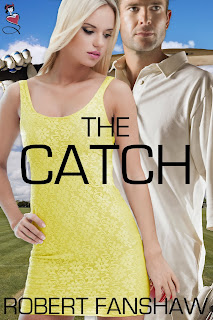