7. Guest: Antonia Anderson. Some of Caroline's colleagues decide on a night out as a break from the management development course.

It was hard work, yes, but we had so much fun in the sun. Clive had an App on his phone which listed the top ten bars in Allucano. One of them ran an amateur pole dancing competition on Thursday nights so we decided to go along for a laugh... It was difficult to persuade Caroline to come along to Spanish Knights, but something changed her mind.

8. How did we meet? The romantic story of how Caroline and I first got together.

Caroline has great red hair and has no need to wear a wig, but when we had got beyond coffee in Neros, a drink in All Bar One, and the latest Bond film at the Odeon Leicester Square, I asked her about the wig thing. She changed the subject. We probed each other politely and discovered we were incompatible. Even our lies were incompatible. I said we should sue the agency to get our money back and she was up for that.

9. Chemistry. We discover that Melody and Sid have history.

10. Uninvited Guest. You should never give anyone your password. Antonia explains how she persuaded Caroline to go the amateur strip show.

'You need some unsuitable clothes to go with those unsuitable shoes,' I said. 'Then you'll feel right.'
So I helped Caroline go through my underwear, like it was an Anne Summers party. I chose her a diaphanous blue set because I knew they were the only ones that would actually fit her. I am quite slight. C thought it was a disadvantage that they had holes in crucial places, like the ones Robert had tried to make her buy from Agent Provocateur. I said, no, it's an advantage because you won't need to acually take them off.

11. Spanish Knights. Sid whiles away time in prison by hacking into my blog and explaining how Caroline won the strip competition.

As a service to the local community and to boost tourism, I allowed my facilities to be used on Thursday nights for amateur theatrics and, if I may go so far as to use the word, burlesque. My generosity extended to giving a token prize of two hundred euro to the woman who achieved the greatest popularity from the attentive audience. Most weeks the prize was awarded to a most athletic local woman, Inocenta, who happened to be the daughter of the chief of police.

'Of course, it looks better with high heels,' she said, standing on tip-toe and brandishing the iron to demonstrate.
'I still don't understand why you agreed to let him photograph you in the shopping centre,' I said. 'Didn't you think it was a bit weird? With him being a well-known banker?'
'He was very discreet and kept his distance. He had one of those big lenses.'

13. Justin Time Associates. Justin describes some work he did for a disfunctional ECB Eurobonds committee.
Justin said that trying to teach emotional intelligence to the ECB committee was like trying to teach chess to two year olds. He did some personality profiling on the members to get them to have some insight. He was so shocked by Von Wolfswinkle's score on the questionnaire that he had to fiddle the figures to avoid embarrassing him in front of Ireland and Italy.

...So that brings us up to date. I hope it is all clear now. If not, there may soon be an opportunity to get the facts, and nothing but the facts, through the book of these events entitled Shameless Ambition. Melody Bigger has contravened our confidentiality agreement and unless she withdraws all her allegations in the next few days I shall be forced to publish despite the embarrassment that will cause to a number of people, Caroline and myself included. A cover has been prepared. You see, Melody, I am deadly serious. 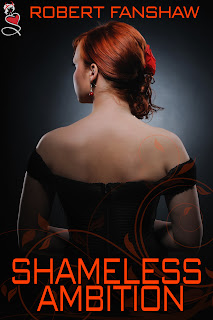