I have tried to print off your blog but I think there is something amiss with my printer-most of it is covered in bright pink! Is it really just a lurid warning?

Yes, it is. But the reader in question was quite legitimately trying to find out what on earth is going on, having started by reading Post Thirteen. I wish I knew. The trouble and delight of blogs is that the thread disappears like the wake of a ship. It's like trying to read a biography backwards.

So for new recruits, to help get things straight in my own mind, and to re-assert my voice over the cacophony of unauthorised guest bloggers, here is the story so far (oh, that it was just a story...) Forwards, not backwards. 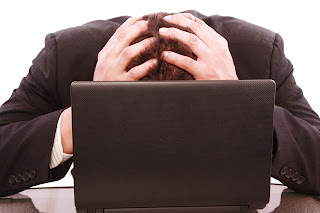 1. Uncertain Identity. We are introduced to barrister Robert and his businesswoman wife, Caroline.

Robert Fanshaw is not my real name. Probably. If you stick with my blog for a while you'll see why I would want to create some doubt.My wife, however, really is called Caroline. She appears in the title of my blog because she leads a more interesting life than I do....

2. Motivation. Caroline goes on a management development course with colleagues in Spain.

Caroline, well she's shapely, exotic and mysterious, though I'd be careful before I called her shapely to her face. Sometimes such comments are misunderstood. And after three years being married, mystery can be forgotten. It used to be the seven year itch, now it's three. In the modern world, everything has accelerated, not just broadband speeds.

3. Skinny-dip. They learn some mumbo-jumbo about inner motivation and desire from course leader Melody Bigger.

Caroline told friend and colleague Antonia things that women tell women, things she thinks about but doesn't usually speak about. Antonia said she should go for it, so after a few glasses of wine before, with, and after dinner, Caroline waited until everyone had gone to bed, stripped off, and tiptoed down to the pool. The water, she said, was lovely and warm. The stars shone brightly above the hotel courtyard. She closed her eyes and acted out her secret desire. She thought no one was watching. But there was...

4. Marathon or sprint? Insomniac Alistair, Head of R&D, sees Caroline in the pool and decides she might be the right woman to help him with a personal problem.

Caroline realised the risk she was taking and decided to run back to the the privacy of her room. She walked up the shallow end steps of the pool, emerging like a Botticelli Venus with a shake of her long red hair. Alistair saw the key card drop out of her rolled-up towel. Like a true gentleman, he scooped up the card and set off up the marble stairs after her, following the wet footprints which led to C's room.

5. Reputation. Caroline realises her reputation is at risk and embarks on a damage limitation exercise.

When Alistair admitted that he had seen her, and openly admired her breast stroke, Caroline was devastated. It didn't take much to imagine the knowing looks of her colleagues in the finance department if Alistair told them what he had seen. She decided to follow Melody Bigger's second piece of advice on the protection of reputation: 'If someone has got something on you, make sure you get something on them.'

6. Leadership potential. Sid Schweinsteiger, working for Melody, runs an orienteering exercise for the company executives in the mountains.

It became obvious after the first two days of the course that there was another agenda. Monsaint, the medical instruments company, was looking for the high-flyer who was best suited to setting up their new operation in the heart of Europe. The job would have a grandiose title and be dangled as a stepping stone to better things. Once this became known, the gloves were off. Everyone wanted to shine...
Recovering the thread continues next time