When Fact Collides with Fiction

One problem with writing contemporary fiction is the danger that the fictional world will collide with real events, trumping the outrageous imaginings of the author. This has been happening almost daily in the revelations of corruption FIFA, with the publication of Shameless Corruption only two weeks away.

What is the 'corruption' referred to in the third book in the Shameless series? Corruption in the higher reaches of world football, corruption led by betting syndicates from the East trying to fix results in the build up to the World Cup, and the corruption created by huge amounts of money swilling around the football world. Elements of all these corruptions run through the story of my wife Caroline's attempt to infiltrate a Chinese betting syndicate in Singapore.

Against these unlikely world events, which turn out after all not just to be likely, but probable, there is the much more personal story of how such corruption changes an individual and leads them to behaviour that in other circumstances would be out of character. Caroline learns how to gamble in order to pass herself off as a 'high roller' in the casinos frequented by Mr Nim and his syndicate members. Even someone as hard-headed about money as Caroline can be tempted by the adrenalin thrill of the large wager. She hates losing money, and that only adds to the excitement for her. She believes that the next big win is just around the corner, and loses more than just her money in a world where huge risks are taken for huge rewards. 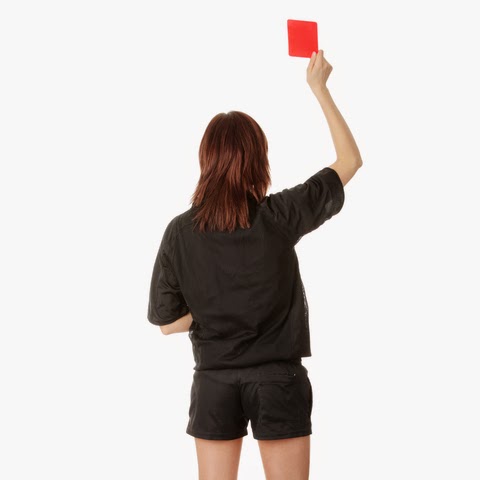 Is there a conspiracy at the heart of world football? Will money win out, however blatant the corruption just beneath the surface? And will Caroline give Mr Nim the red card and return to her former life as a married business executive, or take the illicit money and run? I have to hold my hands up here and admit I have a vested interested in the outcome.

If, like Caroline, you would like the answers to these questions, you can join her on her roller-coaster ride through the World Cup finals in just a couple of weeks time. Let's face it, the whole thing is bound to be a blast, whether Nim lands his dirty rotten gamble or whether football's governing bodies come clean and admit to fixing their own competition.
Posted by Unknown at 02:15