You look back and you think, 'How did that happen?' How did Caroline get addicted to gambling? With a bit of perspective, I can see that she was bored at work. She normally puts every ounce of her energy into her career, and I guess that energy found a new outlet when she agreed to help some business colleagues that she met at a Milan fashion show. Here's a sneak preview from Shameless Corruption which will be published in June. 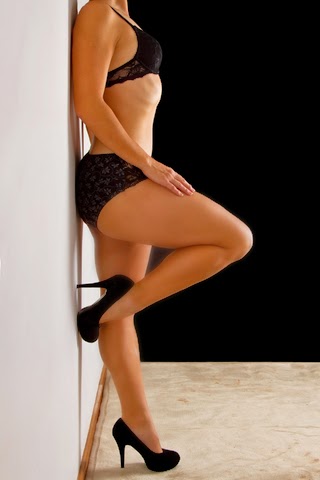 With the third wave of models, lights flashed on and off and dry ice swirled across the stage, giving the stunned audience glimpses of the fashion future. Nipples poked through holes in flimsy bras or were brazenly displayed on a balcony quarter cups. Thongs framed perfect bottoms and only half concealed the models’ shaven crotches. Assorted chokers, bracelets, anklets and chains hinted at dungeons and danger.
Caroline was on the edge of her seat, staring open mouthed at the parade of near naked women. She couldn’t relate to the women or the clothing. There was nothing real about it. Cosimo leaned over and spoke into her ear above the loud music, pointing at a pair of knickers constructed of loops of material which followed the contours of the model’s arse.
“I would like to see that piece on you. Your derriere would do it justice.”
“In your dreams, Cosimo. They only make this stuff in tiny sizes.” Caroline imagined the loops of silver material gracing her rear, but then saw herself getting caught on a door handle and pulling the whole thing off.
Cosimo poured more champagne into Caroline’s glass and harangued the ex-footballer turned fashionista. “Such a waste, Giovanni. Why can’t you make clothes for a normal, beautiful woman?”
Giovanni laughed. “Patience, my friend. We have a short break now, then you will see the exotic range. Those models have a real woman’s figure.”
...Before Bertrand could drag Caroline off for a private meeting, lights started flashing and a drum roll built to a crescendo. While the audience fixed their eyes expectantly on the stage, ten models appeared on the floor of the hall, one for each of the tables. Photographers crowded in to capture the moment the models climbed on the tables, firing a frenzy of rapid flashes. The stunt allowed the audience a close up view of Giovanni’s exotic range as the models turned, bent, and gyrated to the beat of the drums.
As Giovanni had promised, the models had breasts, thighs, and hips, of sufficient curvature to display the sculpted underwear. A scientist would have marvelled at the properties of modern fabrics, infused with exactly the correct percentage of Lycra to stay intimate with the skin. An economist would have been impressed at the use of such a small amount of material in an expensive item of clothing. An artist would have been proud to have painted such designs straight on to the models’ bodies.
Close to their audience, the models engaged the eyes of the watchers. They put on a burlesque show, hooking their fingers into the magic fabric and sliding the bottoms down a little way, and pushing out their breasts. The ten models in different outfits moved from table to table, giving each party an eyeful of the latest exotic fashions. Cosimo insisted on helping the models down from their table, chattering away to them in Italian; anxious, he explained to Giovanni, that they should not sprain an ankle.
One very attractive model had red hair like Caroline’s, only cut in a bob. She smiled at Caroline and gave her a wink. Her outfit was black, with high waisted bottoms and a full cupped bra, but with sheer triangular cut outs in random places, figure shaping but hinting at availability. It was Caroline’s turn to lean over to Cosimo.
“Now that’s more my thing. I could even wear it under a business suit.”
Cosimo pointed at Caroline and then at the model. “Giovanni, she likes this one. Can she have it?”
“Of course, but she must try it for size first.” Giovanni stood and spoke in the model Letizia’s ear. “Please take my guest Caroline to the changing area when you have circled every table.”