Apologies if this is full of typos but I'm writing on my knee in an airport.

Some people ask whether I did much research for Shameless Ambition. They say the word research as if it were in inverted commas, and give me a knowing look. The answer is: yes, I did. I told Caroline I really needed to see the hotel in Croatia where Von Wolfswinkle had his sex party so that the descriptions would be accurate.

"Leave it to me," Caroline said. "I've got loads of air miles from flying backwards and forwards to Frankfurt. I'll get a last minute deal on the hotel." It took six weeks for us just to find a long weekend when we could both be away from work, and I thought she had forgotten about Croatia. Then on Thursday I got a text from Caroline which just said "Booked it - Gatwick 4am."

I had just successfully concluded a case and was having a few drinks with the team up in town. At midnight I decided it was not worth going to bed and went on to a nightclub. I only just made it to the airport in time. Caroline was furious, she hates it when I'm late, which I often am. She arrives five minutes early for every meeting, even a meeting with airport security. They were using a new x-ray device which sees through clothing - it speeds things up because you don't have to take off your belt and shoes. They must have seen something unusual because they made Caroline go through three times.

I followed C down to the departure gate, she wheeling her blue carry-on case, me carrying a plastic bag with one clean shirt and my passport. I glanced at my boarding card. Up till then I had no idea where were going. The flight was to Pula.

"Where's Pula?" I asked.
"Croatia. You said you wanted to see the hotel where we had the Fall of Rome fancy dress party. Pula is the airport for Rovinj. But don't stand so close to me."
"Why not? I know I haven't had time for a shower but I sprayed on some deodorant."
"We're not supposed to know each other. It's a singles holiday, there was nothing else available. You can get to know me gradually over the weekend. I wonder who else on this flight is going to our hotel?" Caroline still uses her maiden name for work and travel so the temporary adoption of singledom was a simple deception.

"So we're not sitting together on the plane?"
"No. It won't make any difference, you'll fall asleep anyway. You still smell of beer." We looked around the surprisingly perky people grouped around the departure gate. It's amazing how the prospect of a holiday livens people up, even at 5 am.
Singles holiday, adults only hotel, nudist beach. This could be interesting, I thought, hoping that fate would sit me next to someone sexy and nice on the plane. 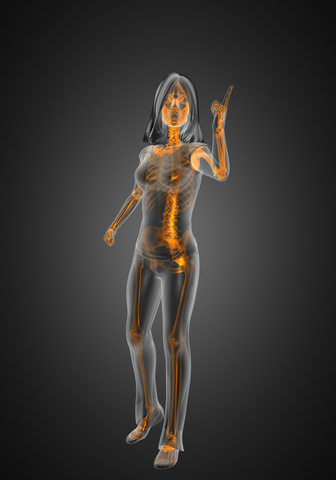 Caroline gives security staff at Gatwick a piece of her mind the third time they send her through the x-ray machine.