May Day, May Day

I thought it might be the day on which our relationship crashed and burned. I had given Melody Bigger until the end of April to withdraw her allegations about my wife, Caroline. I have received no such assurances, so Steam eReads have been told to press the button.

Shameless Ambition  is therefore available on Amazon, giving the correct version of events. Here is the link:
http://www.amazon.com/Shameless-Ambition-ebook/dp/B00CL9G746/ref=sr_1_1?ie=UTF8&qid=1367359404&sr=8-1&keywords=shameless+ambition

Or for people using quaint old British Pounds,
http://www.amazon.co.uk/Shameless-Ambition-ebook/dp/B00CL9G746/ref=sr_1_1?ie=UTF8&qid=1367446941&sr=8-1&keywords=shameless+ambition
Last week, when I told Caroline I thought this would happen her reaction was to put her fingers in her ears and go "la-la-la." I took this as a sign that she did not want to discuss the matter further. So yesterday I was dreading giving her the news that her involvement with the Eurobonds scandal would be made public. I wasn't sure how to raise the issue again, but she needed to know about publication in case any of her colleagues recognised her on the cover.

Rather than send a text, I waited until she got home from work. Fortunately, I had some good news for her as well.
"Caroline, your wine's arrived." I had placed the large cardboard box on the kitchen counter. Rather appropriate, I thought, because it was boldly advertised as being from Naked Wines.
"Great," said Caroline. "You're in for a treat."

At these words, my mind wandered where it usually goes when Caroline says that. Caroline slit open the box with a kitchen knife, waving the knife dangerously whilst she described a problem she'd been having with Paul Larkins, the head of HR. She unslotted a bottle of Jen Pfeiffer Rock it Like a Redhead The Rebel, Cabernet Sauvignon 2012.

While she was pouring I said, "Caroline, I've got something to tell you."
Caroline put on a disappointed face. "You haven't been stopping off at Antonia's on the way home again, have you?"
"Nothing like that. It's the book. It's been published."
Caroline sipped her wine and sighed contentedly. "You really are in for a treat. What book?"
"The book about Melody's plot to change economic policy and your involvement with the bankers and politicians."
"Well I'm very pleased for you, dear. Just don't expect me to read it." 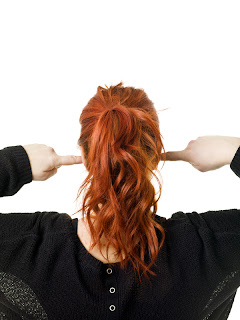