After consulting his lawyers and publicist, Maximilian Cliffhanger, Herbert von Wolfswinkle has asked me to post his denial of any wrongdoing in the Eurobonds scandal.

Readers of previous posts will know that Von Wolfswinkle, a banker from a family of bankers, was put into the European Central Bank to maintain strict financial discipline and prevent the sharing of European debt through the issue of Eurobonds. I only know about any of this because my wife, Caroline, met Von Wolfswinkle and some of his ECB chums when she was working in Frankfurt. However, as you will see from the statement below, Von Wolfswinkle wishes to distance himself from the account I created from my wife's emails and my own trip to the Copenhagen economic summit.

'I, Herbert von Wolfswinkle, am issuing a statement today in response to the appearance of an ebook, Shameless Ambition by Robert Fanshaw, published by Steam eReads of Australia. My advisers debated whether I should lend credence to such an obvious fabrication by issuing a statement. However, I believe a swift denial of all impropriety will uphold the reputation of the ECB and banking in general. I must make it clear that I have no involvement any longer with the ECB or with the Bank of Wolfswinkle, as I am now engaged in a two year project with the IMF.

I must also make it clear that I have no argument with Caroline Fanshaw. She is a fine, intelligent and yes, it is true, beautiful woman, who understands the complexities of European finance and the burdens of office better than any woman I know. With the exception, of course, of my wife Francine, who after careful consideration is standing beside me at this difficult time, as she has stood beside me at times like this over the past 20 years (though not always in the intervening periods when her life in Paris has kept her occupied).

Firstly, the photographs I took of Caroline were in the context of a lifelong hobby, where architecture, design, and the female body have formed the themes of my amateurish compositions. I never used the photographs for the purpose suggested by the book.

Secondly, there is no shadowy old bankers network which admits only trusted individuals and engages in excessive behaviour. There is not one shredded piece of evidence because such organisations do not have a paper trail.

Thirdly, whilst I do not deny the CCTV pictures of me entering The Mermaid Club in Copenhagen, there is a perfectly innocent explanation. There was enormous pressure from the financial press on members our committee before the Eurobonds report was published. We could not afford our recommendations to be leaked before the summit. So we met in the one place where no journalist would expect to find us, on the top floor of a private sex club. There were no leaks, so I believe the decision was justified. Also, Francine was there too, to make sure there was no funny business.

To re-iterate, there are no hard feelings towards Caroline, and to prove this I am offering now to buy her dinner next time she is New York.'

You may wish to make you own mind up: 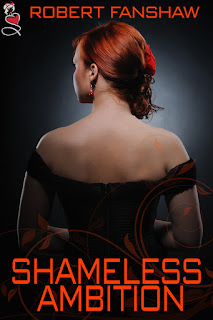