I have some news for followers of the adventures of my wife, Caroline. Shameless Corruption, the third novel in the Shameless series, will be published by Steam eReads in June this year. The publishers also handled the first two novels, Shameless Ambition and Shameless Exposure , all available as reasonably priced ebooks from Amazon . Each novel stands alone  and you don't have to read them in any particular order. But Ambition and Exposure are a useful, lightly fictionalised background to the current predicament Caroline and I find ourselves in. If you want to experience the full impact of Shameless Corruption, you are advised to get reading.

As I have hinted in previous posts, Caroline and I are having problems with our relationship. Between you and me, I'm not sure we will still be living together by the end of the World Cup tournament in Brazil. The 'D' word is in the air. My instinct is not to talk about it, but the counsellor at Marital Solutions said it would be good if I discussed things more with trusted friends. I know I can trust you, dear reader, but please bear in mind this is only one side of the story. Caroline would probably explain it differently.

Neither of us have been saints during the four years we have been married (to which a quick glance at the books above will attest). But when Caroline was promoted to Finance Director of Monsaint Medical Instruments, it was not the job either of us expected. We both thought she would be crunching numbers at their HQ in Stratford, East London. But Ivan, the former FD of Monsaint, who got the top job, wouldn't let go of the numbers, and has used Caroline as a kind of deputy chief executive, sending her on all the trips abroad he didn't want to make himself. Monsaint has operations in Europe and South America, and next on the agenda is China and the Far East, so I have hardly seen Caroline for three days in a row over the last six months, and when I do, she is 'too tired' for the things most married people do. My work is based in London, a commute from where we live in Guildford, and I generally get my clients to come to me because I work in the London courts. I'm just saying it's not me who is away all the time.

When Caroline gets tired she struggles to control her tendency to pick faults with others, i.e. me. I try not to accuse her of nagging, but that is what it is. For years she has complained about me going to football matches (Manchester United - there's no need to feel sorry for me) and having modest wagers, nothing more than a hundred pounds, on the outcome of certain matches and the occasional horse race.

So it's a little ironic, isn't it, that she called me the other day from Italy, where she was meant to be renegotiating Monsaint's bank loans, to say she was staying another few days to learn how to play high-stakes poker from her 'friend' and casino owner, Prince Lippi? 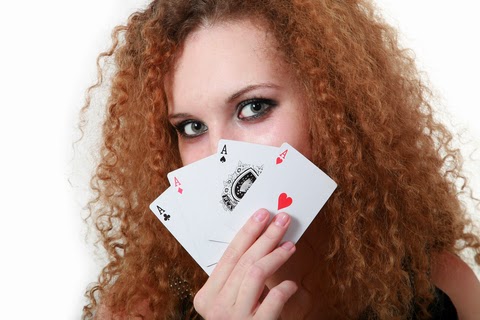